If you want to go hang gliding in Yosemite check out the Yosemite Hang Gliders Association.  If you just want to watch the pilots launch you an catch them making their leap into Yosemite Valley from Glacier Point early in the morning on weekends.  Just watching the pilots launch is trilling, imagine the thrill of seeing Yosemite the way these brave men and women do!

See You at the Mariposa County Fair! 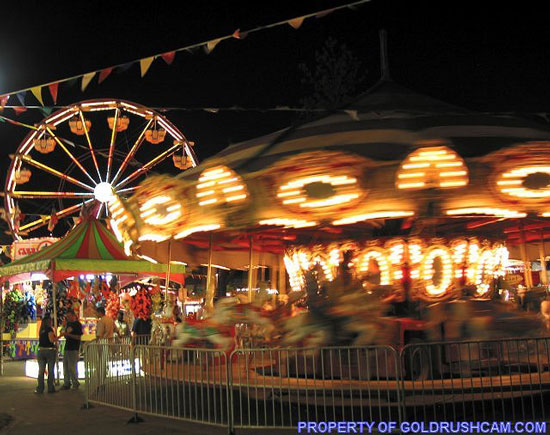 The Mariposa Fair Grounds are just outside of the downtown area, about a 5 minute drive from Mariposa Hotel Inn‘s front door.

This is a very good video for getting an introduction to Yosemite National Park‘s wilderness areas. Visit this official page to learn more about Yosemite wilderness permits.

Pan for Gold Near Yosemite 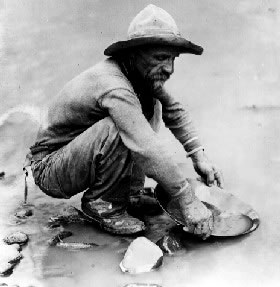 Panning for gold is a Mariposa tradition still upheld by locals today.

Ever wonder what it was like to pan for gold way back when? At Mariposa Hotel Inn near Yosemite National Park, guests can re-live history and experience panning for gold.

The Mother Lode (Spanish ” La Veta Madre”) is an incredibly rich vein of gold stretching 120 miles from Mariposa’s Bear Valley to Auburn in Northern California.  It was originally discovered in 1848.

There’s still gold in them ‘thar hills’ (in Mariposa, about 30 miles from Yosemite National Park.)

There are still several working gold mines in Mariposa County and as the price of gold increases I’m sure there will be more.
Mariposa Creek which runs right behind downtown has been a source of gold since the discovery and many people still “pan for gold there”.
In the 1960’s a Gold Nugget about the size of a baseball was discovered by a County Road crew right in front of the Mariposa Hotel Inn in downtown Mariposa.

At the Briceburg recreation area approx 12 miles east of Mariposa on Hwy 140 you can sluice and pan for gold. Also at the day use Bagby rec. area between Mariposa and the samll town of Coulterville on hwy 49. Gold Dredging is availablefor a small fee. The GPAA also maintains a couple of members only claims in this area. Check out the local small towns around the area like Hornitos and Aqua Fria, these are less travelled but have abundant gold in the creeks and rivers.”

More tips on gold panning in Mariposa and Yosemite go to http://www.goldfeverprospecting.com/cagolopapr.html

Here is a good video on how to pan for gold.

Check out the Mariposa Mining and Mineral Museum to learn more about the gold of Mariposa.